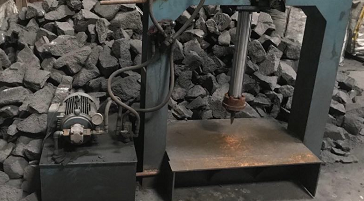 Solid fuel is one of the ways to provide energy for waste metal smelting，It is mainly foundry coke, metallurgical coke and carbon anode butts, Generally,