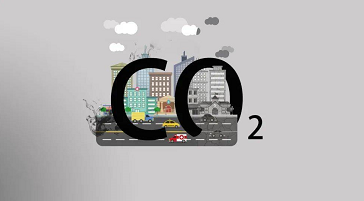 At present, the focus of energy transformation should include the following aspects: promoting the substitution of low-carbon clean fossil energy such as natural gas and methanol for high-carbon energy such as coal and oil with great environmental impact; Accelerate the development of smart grid and realize the rapid increase of the proportion of non-carbon energy, especially renewable energy, in total energy consumption and total power production.

Accelerate the construction of renewable energy such as wind power, especially the development of offshore wind power closer to the power load center, and increase its proportion in total energy consumption and power consumption; Strengthen the basic research and industrial technology research of hydrogen energy, master the core science and technology as soon as possible, and seize the opportunity of hydrogen energy development in the future; Strengthen the research and commercial application of energy storage materials and energy storage technology;

Accelerate the adjustment of industrial structure and reduce the demand for high energy consuming products such as steel, cement and non-ferrous metals. Promote the transformation of petroleum and coal industry from energy industry to chemical industry, and strengthen the energy utilization of energy generated in chemical production process, that is, by adopting energy-based common rail production mode, we can not only reduce carbon dioxide emission, but also improve material efficiency and energy efficiency; Strengthen energy conservation in buildings.

In the north, renewable energy such as scenery and geothermal energy can be widely promoted for winter heating, so as to greatly reduce building energy consumption; Strengthen the utilization of biomass energy.

However, with the concept of carbon neutralization put forward, the coal industry is bound to usher in a big change.

Global warming is the consequence of human behavior, and “carbon neutralization” has been recognized and supported by countries all over the world since it was proposed in 1997.

We regard “carbon neutralization” as “Abolishing coal and using new energy”. However, according to the national conditions of many countries, it is difficult to “de coal” across the board.

For the coal industry, it may usher in the second spring because of “carbon neutralization”, or it may just be “the last huge profit”. But no matter which one, we can be sure that coal will not withdraw from the historical stage in a short time. We do not have to look at the decline of coal resources. After all, the main energy of many countries is still coal.