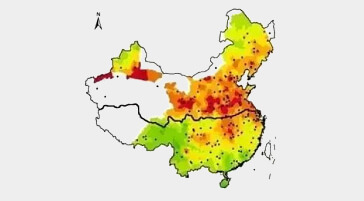 The quality of air become very bad in the north city of China for the last few years, mainly because of the warm oneself for winter, It is seriously affecting people’s normal life, Chinese government decided to intensify environmental management and related supervision of enterprises, including urge enterprises to increase environmental protection facilities to improve emission standards.

In order to improve the quality of the air as soon as possible in winter, China government formulated a plan and measures: November 2017 – April 2018 , Industry of iron and steel, nonferrous metals and cement will to limit production shutdown, Limiting the production of some industries reached 50%.

In this context, because the capacity of these industries to reduce the consumption of graphite electrode, The iron and steel industry will be reduced,And the pet coke as the main raw material of graphite electrode, the demand will be significantly reduced, this part mainly from petroleum coke and low sulfur content in petroleum coke, high sulfur coke as fuel in cement industry. The demand will significantly decline.